Solar Plane V1 had a 9.5 ft / 2.9 m carbon fibre skeleton wing, covered with transparent film, with the fragile monocrystaline solar cells mounted inside the wing. V1 experienced multiple crashes which shattered all the solar cells, until [Daniel] discovered that the wing flexed under aileron input. It also did not have any form of solar charge control. V2 added a second wing spar to a slightly longer 9.83 ft / 3 m wing, which allowed for more solar cells.
Solar Plane V3 was upgraded to use a single hexagonal spar to save weight while still keeping stiff, and the solar cells were more durable and efficient. [Daniel] did a lot of testing to find an optimal solar charging set-up and found that using the solar array to charge the batteries directly in a well-balanced system actually works equally well or better than an MPPT charge controller.
V4 is a departure from the complicated carbon fibre design, and uses a simple foam board flying wing with a stepped KF airfoil instead. The craft is much smaller with only a 6 ft / 1.83 m wingspan. It performed exceptionally well, keeping the battery fully charged during the entire flight, which unfortunately ended in a crash after adjusting the autopilot. [Daniel] suspects the main reasons for the improved performance are higher quality solar panels and the fact that there is no longer film covering the cells. 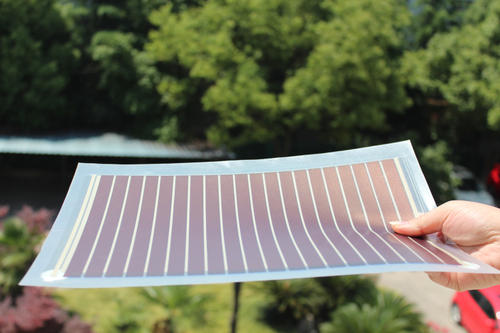